You also might like to consider that you are most likely giving silicon valley and by extension the NSA access to and direct control over even more of your life if you accept wearable technology and the internet of things.

The Canadian privacy commissioner and 36 other data protection authorities on Tuesday raised privacy concerns about Google Glass in an open letter to CEO Larry Page.

“The greatest fear that I have regarding the outcome for America of these disclosures is that nothing will change.”

Listen to the explosive interview with Edward Snowden: the whistleblower behind the NSA surveillance revelations

Edward Snowden has risked everything to make the prism program public. The least we can do is action:

We are waiting for more details to become clear before commenting on prism. However you can follow developments live on the Guardian website here.

It's been a remarkable week to be at the Privacy Law Scholars Conference - a week when there have been some of the most interesting and potentially most important revelations relating to privacy for a long while.

Yesterday was particularly dramatic. First there was the revelation that the NSA has had access to the records of Verizon… 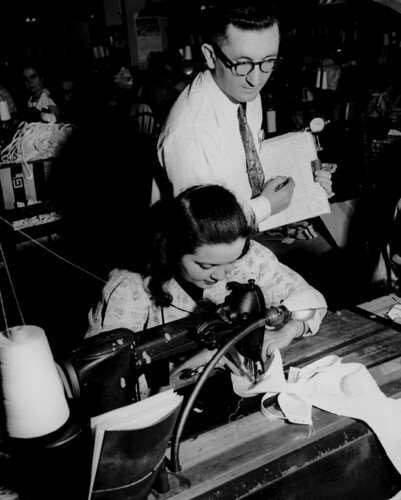 One of the risks associated with wearable tech we have been warning about is the intrusion of work and insurance into home life. As with many of our dystopian predictions this one seems to be coming true sooner than we expected. Indeed as part of a segment on wearable tech the BBC report that:

The cloud technology firm Appirio has issued many of its staff with the UP wristband, tracking everything from their food intake to their sleep patterns. It is a voluntary scheme, and Lori Williams who runs the European division of the American business says it’s already proving valuable for employees and the firm. “We’ve had about a hundred employees that have lost a stone or more in the last several months. Last month alone, we collectively walked about 17,000km (10,563 miles). So it’s making us not just better employees but I think better people. And I think that’s the benefit.” The company has also managed to cut its health insurance costs in the United States by showing its insurer the impact of this life-logging plan.

A key principle of health and safety law is that safety in the workplace cannot be over ruled just because employees agree to perform dangerous tasks. The reason for this is simple. Power relations are unbalanced and employees can be coerced by employees and management through threats or incentives. Similarly where an organization is encouraging its staff to wear monitoring devices it is unclear whether employees can freely choose not to be monitored without their refusal potentially impacting on their careers.

The staff at Appirio are skilled developers with a degree of bargaining power – however the situation may be worse for others. For example UK supermarket chain Tesco has been accused of ‘using electronic armbands to monitor its staff‘. With an ex worker claiming that ‘the Supermarket grades employees on efficiency and can reprimand them for breaks’ according to an article in The Independent.

The risks are obvious and simple: You may be coerced by employer into wearing a tracking device at work or at home. This information will be used to grade and rank you. Which means that your employeer will effectively control your home life.

“We notice that you have not been getting to sleep early enough and are not exercising in the morning” please change this before the next performance review.

Wearable tech is merging with health and insurance so in the near future: You may also be coerced by your insurer into wearing the device because refusing results in increased insurance premiums.  Wearing would also mean agreeing to whatever terms and conditions the device maker chooses to impose. It is likely that these would allow medical companies and other paying parties to look at your data. Essentially unless you are very rich you will be tracked because refusing will become unaffordable.

IET (Institute of Engineering and Technology) in central London.

Despite what some people think we are not Neo-Luddites. We love technology, we love Google - their search engine and maps are awesome. We are not calling for a Government ban on wearable tech like glass. Rather we want to encourage individual people to think about the impact of new technologies, to set bounds on how technologies are used proactively negotiate their relationship with the future. We want people to be selective adopters.
...
This blog is speculative opinion based on public articles. It is intended to provoke debate. It is not intended to malign any group, organization, company, or individual. If anything we write offends you or disparages anyone it is probably a mistake so let us know so we can promptly correct it.

This opinion concerns wearable technology, internet of things and data analytic's and other topics in general, and does not concern any one device or manufacture. Thus use the term 'Google Glass' should be taken as a shorthand to refer to 'network enabled wearable headmounted displays with cameras and audio' in general.

....
We strive to respect IP rights and use content which are either our property, in the public domain, where fair use appliers or where the owner has given permission. If you are the IP owner and you have a problem with anything we have done please let us know as soon as possible. Obviously all trademarks are the property of their respective owners.

Finally clearly we are not responsible for the comments, quoted articles, embedded videos or external links. (You probably guessed this as a lot of the commentators disagree with us and most of the external links are ...well... external)
...

Contact
If you want to get in touch you can reach stopthecyborgs at our hushmail.com email address. (This isn't really secure so don't say anything sensitive or get in contact if doing so would get either you or us into trouble.)